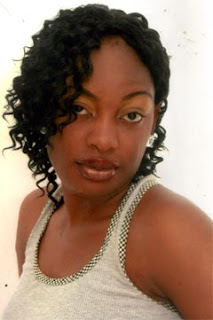 Nuella Njubigbo fondly known as Ella, is an actress and a script writer. Alluring Ella is an indigene of Anambra State and a graduate of government and public administration from Imo State University.
She has done about 13 movies in her three to four years of acting experience. Some of her hit movies include Life’s incidence, Lord of marriage, evil project and Heart of a slave. In this chat with Aramide Pius she speaks on her career, her love life and her greatest wish for the moment. She has bee
privileged to work with top artists like Van Vicker, Jackie Appiah, Jim Iyke, Nonso Diobi and lots more. Enjoy:

How is the going?
Fine, everything is going on well.
How is the acting profession treating you?
Acting profession is okay, no problem, we thank God but we pray for better things to come this year.
How long have you been acting?
I have been acting for three years going to four years.
How many movies do you have to your credit?
I have about 13 movies now but some are yet to be released.
Why acting of every career in life?
I have always wanted to be on TV ever since I was a kid. . I Thought I will end up a TV presenter or a broadcaster but in my third year in the University, I was watching a movie and I was like, I can do this thing, then I got a number from somebody and I called and the person I called happened to be a family friend and he is also a director and that was how he introduced me to other people and I started going for auditions
Who is that person?
Iyke Odife.
Which was your very first?
My first movie was Royal Destiny ,but Lord of marriage came out before it but I shot Royal Destiny before it.
Was it a lead?
Royal Destiny was not a lead role, it was a sub lead.

What was the experience like acting for the first time alongside professionals?
I was so tensed although, I have done other jobs before then but I did them on stage. You know while in school, I used to go for school production and I act with the Theater Arts student but this time it is doing it in front of the camera, so I was tensed. But somehow, I did the first one and the in the first one I did, my heart was actually in my mouth. I was breathing very hard but finally I guessed that one turned out better than expected, not so good though ,but it was better than what I thought it would be. I did the first scene, the second scene and then the third and that was it.
Were you a theater art student?
No, I am not; I only did a certificate programme in creative arts, so that was how I had that experience and that was how I started mixing up with them, even when I left to go for my degree programe in Imo State University, I was still in contact with them and whenever they have anything to do, I still go there and work with them.

Which of the professionals did you work with?
I worked with uncle Olu Jacobs, Mike Ezuruonye, Chiwetalu Agu and a host of them like that.
How did you find working with those of older generation, was it fun?
Yes, it was fun and they were very supportive and they knew I was new and they were ready to help. They made me know that I could do it, and if they saw somewhere I could do not very well, they were there to correct me; I really loved working with all of them.

What is your perception of the Nigeria movie industry, do you think we are going places?
To me, we are doing very well.we are doing very fine.
What do you think could be the hindrance to Nollywood not catching up with Hollywood?
Fund is one of the major reasons we are not catching up. We need more funds because if we can get more funds, we will be able to do more than we are doing now. We get the movie produced with almost nothing so I feel fund is the first hindrance we are having to actualizing that goal. If we can get fund then every other thing can come.
Why do you think the fund is not coming, could it be piracy?
I really think piracy has a role to play, but if the government and the industries can come into the industry and help us with funds, we will go places.
Have you ever been sexually harassed?
No, I have never been sexually harassed
But is it real in the industry?
I would not know because I have not had a personal experience on that, so I can not say.
How far do you intend to go in the acting field?
I intend to go very far with it by the graced of God and with him (God), all things are possible.
How do you prepare for your roles to fit in to the character you are to play?
I look at the script, I meditate on the script and I try my best possible to bring out the point of the director and what the writer of the story want from the character I am to play. I make an image of it, create that image and out it around me. I work on it and I pray about it first because God is the one that gives inspiration for you to carry out anything at all.

So it is about praying first of all, then looking at my scripts very well, day in, day out; I don’t ever get tired of working on my script. I can look at my script, just stand in front of my mirror, work on it for like four to five hours at ago and not doing any other thing, I just keep working on it till I start shooting.
What do you not like about acting?
Every profession has its own disadvantages and acting is also like every other job that has their demerits. What I don’t like is that your private life is not yours anymore you find it hard to do things that you used to do before. A lot of people are watching you without your knowing but it still feels good to know that you have fans that wish you well.
How supportive were your parents the day you made your choice of acting known to them?
At first, they had their reservations but at the time my first and second movies came out, they had no choice than to support me. They are my highest critics and my highest fans…may be when I am not doing something right or when my make up is not properly done, they are the first to call me and tell me ‘ah! what is that I saw on your face, that make up is not good or you should have done this or done that’. They are my highest fans and my highest critics.
Having tasted the stage and the home video, as a professional, which of them will you prefer?
The stage is that you have to bring out everything at once, everybody is there; there is nothing like editing, you know you are giving out your best at once. You are kind of more conscious on stage compared to camera but to make a choice between the two? The two of them are okay, camera is also good. I find it difficult to make a choice. I love both of them.
What was growing up like for you?
My growing up was simple, it was not rough, I was just like every other kid on block with my parents and all that. Growing up was fun, it was okay. I had a lot of dreams of which this is one of them. Because being on the television was one of my dreams and I am actualizing that now.
What did you study is school?
I read public administration.
Who is that special man in your life right now?
I have a very good friend, someone I am very close to, but I don’t have a boyfriend.
Why don’t you have a boyfriend amidst all the male advances that come your way?
Of course, they come in droves but it is not about having toasters ,but it is about getting what you want, so may be I am yet to get the right person for me.

If I am to stop my job for any reason tomorrow, it should be because I want to, not because my man stopped me. Any man that loves me now will not want to stop me from doing what I know how to do best.
For a hundred million dollars will you play nude?
For a billion dollars, I will not play nude.
Why?
My culture does not allow it, my faith does not allow it, and besides I am a Christian, I can’t do that.
How religious are you?
I am religious.
Very religious?
I am religious, I don’t know about very but all I know is that I am religious.
As a woman, what is it you don’t like about yourself?
Nothing.
Do you have a role model?
Yes, I have people I look up to home and abroad. I love Jennifer Lopez, she is an actress and a musician, I love her very much. Here in Nigeria, I love Genevieve Nnaji and I love people like Dora Akunyili, Ndi Okereke and every woman that is contributing positively in the society. The fact that they are able to impact positively on the society is what trips me and I aspire to be like them.
How romantic are you?
I should not be the right person to know, when I get married, my husband will tell if I am romantic or not.
Can you have an affair in the industry?
It depends on who the person is. It is allowed... . If I like you and want to date you, I can, there is nothing wrong with it. There is nothing wrong with dating anybody in the industry. I am not saying I am dating anybody in the industry but there is nothing wrong with it.
Apart from acting, what other things do you do?
Yes, I script write, those are the two things I do full time